Common cold, perhaps my warmest friend in life, returned to visit me a couple of days back at the invitation of chilled lime juice. With him, he gaily brought along his family of nasal and throat infections. If a thirsty man can’t take chilled lime juice after arriving home drenched and drained, without the fear of catching cold, I wonder why lemons are planted and grown!

At home, firm resolutions of abstinence from all things chilled and all things citric were adopted by mother on my silent behalf. A flask of hot water was introduced beside. At work, upon a spree of sneezing, questions of bodily tolerance were raised by surprised colleagues, ‘After chill lime juice? Really?’ A feeling bordering on embarrassment passed across my face. Two more days with this! I sighed.

Have you realised that all things cruel are bound to happen in perfect sync at tiring times to simple, harmless souls like you and me? That night, while I was sleeping (or struggling to) with mouth wide open (nostrils blocked) and a container of nasal spray (realised to be empty when needed) thrown by my pillow, the fan above slowed down in its rotation (power cut). As the blades got slower and slower, the pores of my skin began to bud with droplets of sweat. As I sat up in irritation, the droplets met one another and formed playful streams. I smelt salty. 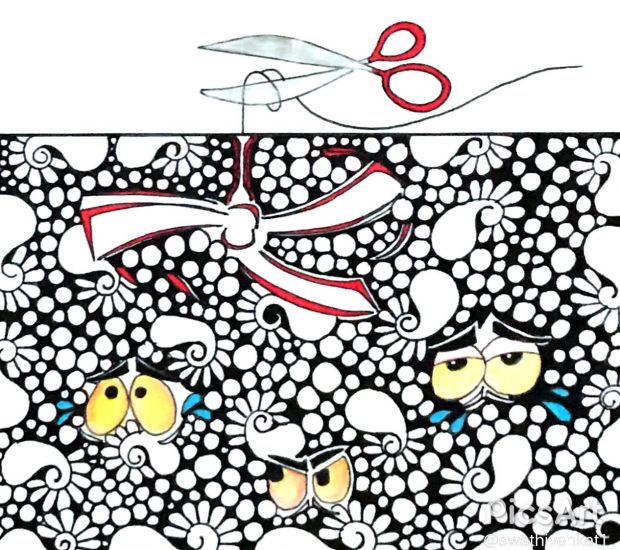 My mother, coming to feel my wakefulness, opened her heavy eyes and asked me how I felt. How I felt? Woken in the middle of a peak summer night to find body wet with sweat (and kerchief by the pillow wet with something else) and dense humidity choking me from all sides, I wanted to assure her I was doing great. With mouth so dry and words coming out as coughs, I snorted hard to clear the blockage in my nose, but in the process inhaled a passing irritant, making me sneeze continuously and at the end, feel dizzy and dead.

A tumbler of hot water was promptly presented. My hands groped in the dark until they touched the hot tumbler. Believing my mother’s words that the water inside would not be as hot, I inclined it slightly to my lips.  The fiery hot water slid and burned my skin. I pushed the tumbler to her and angrily exited the house.

Coming to stand unsteadily by the grilled window of my floor, I expected gushes of cold wind. There was nothing like that. Mother followed close behind and cajoled me to slowly drink from the tumbler. In her other hand was a plastic fan. She waved it at me, but the softness of her little palm, unable to disturb the density around, did not create much flow of air. Pitying, I took the fan from her and waved it myself. At her and me, in turns.

A few minutes of wait later, finding the tumbler to only accumulate heat from the surroundings, I slowly sipped from and drained it. I stood there, adrift, in limbo between loose consciousness and unconsciousness, the waving of my hand further tiring me. The opened doorway was given a glance every now and then to detect signs of power restoration, but the yellow bulb did not spring to life for nearly an hour.

And when it did, myself and mother were sound asleep; she on the staircase leading to the floor above and I still on my legs, with head leaning on the window grill. I must have been a picture of pity to sleep like that! I was tapped on the shoulder by father and shown in; Mother followed. With all the energy I had, not caring for the nasal block nor for the slimy plastic sheet covering me, I threw myself on the mat, as if catapulted from behind, with only the thought of sleep in my mind; as well to say I didn’t care for anything else in the world.

*You can find her other amazing artworks here.