There are many theories relating to the working of the universe and still many theorists are working on refining them. But none of these are philosophical. The theory you are just about to read deals with the reality and existence of the very universe all other theories took for granted. In short, this theory will enable you to perceive the world around you through the spectacles of philosophy and may even make you question that same perception, because there is more to it than a simple theory. 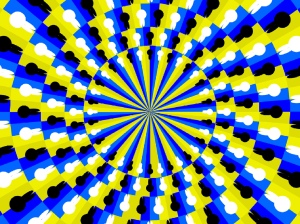 How would you react if I say everyone and everything around you is just an illusion? That people around you are images shaped by your mind? And that what you hear, feel and smell are just unreal and fragments of your subconscious imagination? It may be an absurd feeling of incomprehension initially, but may turn into shock as realisation of the possibility of such a model begins to settle in.

This is exactly what the theory of illusions propounds. Everything, including our mortal body, is an illusion. So you may be tempted to know what else is real. It is the soul, the immortal fire burning inside, and the person who created it, be it lord Shiva or Jesus Christ or Allah or any myriad form of His, which is the truth.

By now I hope that the absurd feeling of incomprehension that I mentioned before has filled your mind. Let me move on and explain things to make it easy. Take off your eyes from this line and look outside your window. You may see poorly constructed roads, newly engineered buildings and fast food restaurants and if you are lucky, a few trees – a typical Chennai scene. Now you are reading this. The roads may not be there; the buildings may not be there and even the few trees you were fortunate enough to see may not be there. They were momentary illusions contrived by Him to give you a sense of surrounding. Even the sense of itching caused by insect bites is an illusion. Not just these, even your friends and family are the same. They may not actually be there, but just intervene in your life to influence it and to twist and turn it in the way things were planned. Some may be helpful illusions and some may come to disrupt your life.

Now I hope the feeling that such a model is possible has settled in. This is a very beautiful theory in two ways. The first one being, it can explain everything from why an apple falls down to the electrodynamics of moving bodies and from when and how the universe was born to when and how it will end. This is so because, there is nothing called an apple, relativity and for that matter universe. All are momentary illusions. It is just the soul and its creator. So we don’t have to bother to explain the natural phenomena and scientific events and more importantly, we can’t. The second beautiful fact being, what we see around us is unreal and what we can’t see is the ultimate truth!

This proposition can certainly be called a philosophical and spiritual theory concerning the working of universe. We don’t know if this model is the actual truth, it may even be tough to take it in, but it certainly deserves consideration as it is just another perception of our world.

8 thoughts on “Theory of Illusions – my philosophical stance”